Citizens Union first began reporting on special elections and vacancies in the New York State Legislature in 2007 and has issued periodic updates to the original briefing paper over the last ten years (2011, 2015, 2017 – prospective). The accompanying data serves as interim reporting on legislative offices that were first filled, or will be filled imminently, by special election. A full report on special elections and vacancies in the state legislature is currently being planned for release later this year.

At least 29 percent (61 members) of all 213 legislators seated this year will have first been elected in a special election, up 6 percentage points from 2015.

In previous iterations of this report, Citizens Union has presented several policy options to increase democratic participation and strengthen voter enfranchisement in the process of filling vacancies for both statewide and legislative offices, summarized here. Citizens Union urges the New York State Legislature and Governor to enact reforms to open up the process to voters of selecting the candidates that will fill vacancies in the state’s elected offices, particularly for the state legislature, including the following:

When Citizens Union first reported on this issue in 2007, 31 percent of state legislators were first elected in special elections. By 2015, that number had fallen to 23 percent. The latest findings, presented hereafter, show that this number is again on the rise with at least 29 percent of seats in the New York State Legislature being filled in special elections once all vacant seats are filled. Currently, there are three vacant seats in the legislature, and a number more that will be vacated after seated legislators who have run for municipal offices assume those posts. By the time current vacant seats and those soon to be vacated are filled in special elections, Citizens Union has identified at least 11 additional special-election-filled seats from its 2015 report. The number may be much greater, as Citizens Union has not yet analyzed the number of non-NYC legislative seats that may be vacated as seated state legislators leave to fill municipal offices.

The number of seats first filled in special elections is significant for state and local government and its growth over the last two years should be of concern to all New Yorkers. In principle, a special election is intended to allow for constituents to retain representation in government when a public office is vacated outside of customary election cycles. In practice, however, the political dynamics of New York State undermine this purpose by heavily relying on this mechanism to fill important public offices outside the scrutiny and will of the electorate.

Two elements, in particular, contribute to this erosion of purpose. Firstly, in New York State, several factors including low voter turnout and influential party mechanics render party primaries far more meaningful than general election contests; in a state characterized by heavily partisan constituencies, the winner of the prevailing party’s primary is almost assured to win the general election. Secondly, in recent years, incumbency has been shown to be a key factor in one’s chances of being elected to office. (In 2016, Citizens Union found that only five out of 199 incumbents seeking reelection in the state legislature were not reelected.) This fact means that once elected; it is doubtful that an official will be voted out of office by the electorate.

In special elections, where party primaries are circumvented by closed-door decisions in which party leadership chooses their nominee, everyday New Yorkers are cut out of the most important democratic decision leading to their representation in state government. The corrosion of democratic choice is exacerbated by the fact that once elected – even in a special election – a state legislator will likely continue to represent their constituency indefinitely, the most meaningful decision having been made by a small group of individuals in a position of power within their party.

Filling a Vacancy in the State Legislature

The current process of holding only one special election in which the candidates are chosen by the party committee should be abolished and replaced with either one of the following two reforms, along with the inclusion of reduced ballot signature requirements and instant runoff voting (IRV):

Filling a Vacancy in the Offices of Comptroller and Attorney General

The New York State Legislature should have the power to appoint only an interim attorney general or comptroller, with the office being put on the ballot for voters in the next round of state primary and general elections, unless such a vacancy occurs within sixteen months of the next statewide election, in which case the interim appointment shall serve the remainder of the term.

Filling a Vacancy in the Office of Lieutenant Governor

The Governor’s nomination for Lieutenant Governor should be subject to confirmation by a majority vote of the senate and the assembly voting separately, ensuring that each house of the legislature plays an equal role in the confirmation process and that no one house by virtue of its size has more influence in the decision than the other.

Filling a Vacancy in the New York City Council

An instant runoff voting (IRV) system should be used for the city’s non-partisan, municipal special elections, allowing voters to rank candidates at the time of voting and ensure that should no candidate receive an outright majority of the vote, a candidate is elected that most accurately reflects the will of the electorate, as presented above.

The accompanying special election data is broken down by legislative chamber and is further disaggregated by geographic location (NYC or non-NYC). At the end of each section a table comparing Citizens Unions previous reporting can be found. The final tables show an aggregation of special election data across both legislative chambers and data for those seats representing districts in New York City, respectively. 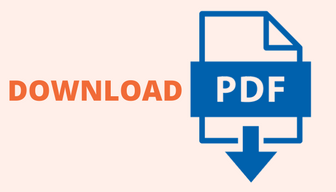 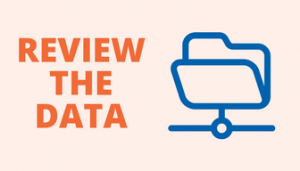