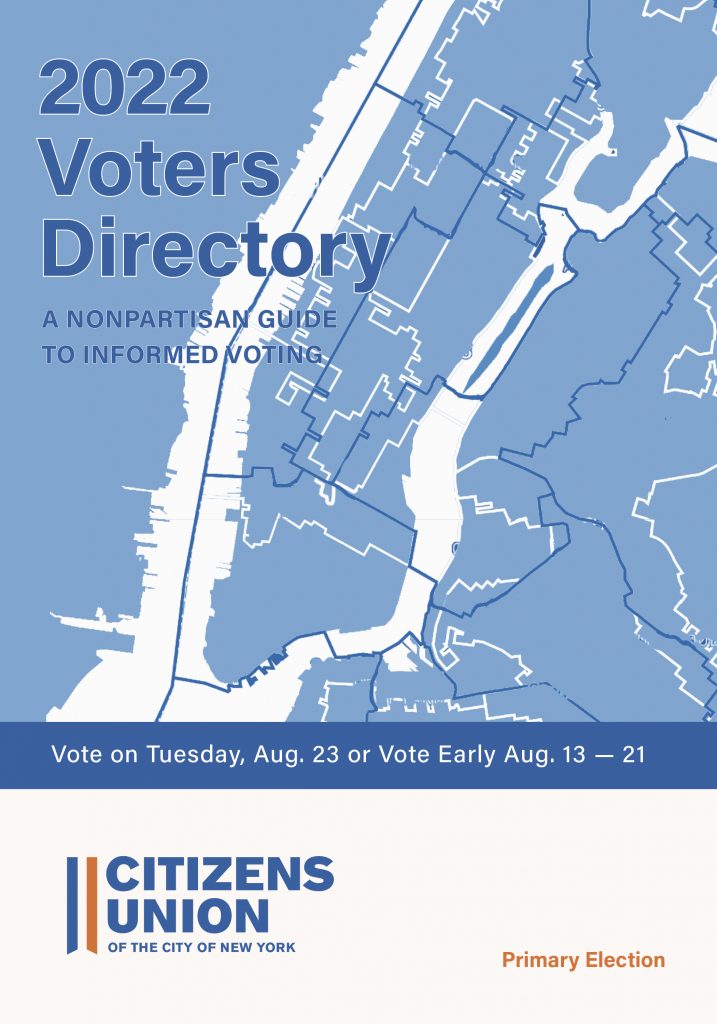 In a split primary election season spanning multiple months and several redistricting plans, Citizens Union has evaluated 40 candidates in 14 races for New York Governor, State Senate, and State Assembly to determine who strongly supports our issues, can advance a reform agenda, and can best fulfill the obligations of the position.

To help our supportive members prepare to vote, Citizens Union has been publishing an annual Voters Directory for over a century. This year, a court decision led to two separate primary elections in New York: a June primary for statewide offices, State Assembly, Judges, and Party Positions, and an August primary for the U.S. House of Representatives and State Senate. This Voters Directory is published before the August primary, but includes all preferences issued by Citizens Union in the 2022 Primary election.

To find out when & where to vote and see who will be on your ballot, go to Who’sOnTheBallot.org.

This Voters Directory would not be possible without the hard work of members of the Citizens Union Board, Local Candidates Committee (LCC), staff and interns. 30 volunteer LCC members, 6 interns, and staff members formed nonpartisan interview teams and evaluated 40 candidates in 14 races for New York Governor, State Senate, and State Assembly. We thank them for contributing their time, energy, and expertise to interviewing and evaluating candidates. We thank you for your support, and hope you enjoy the latest edition of the Voters Directory.