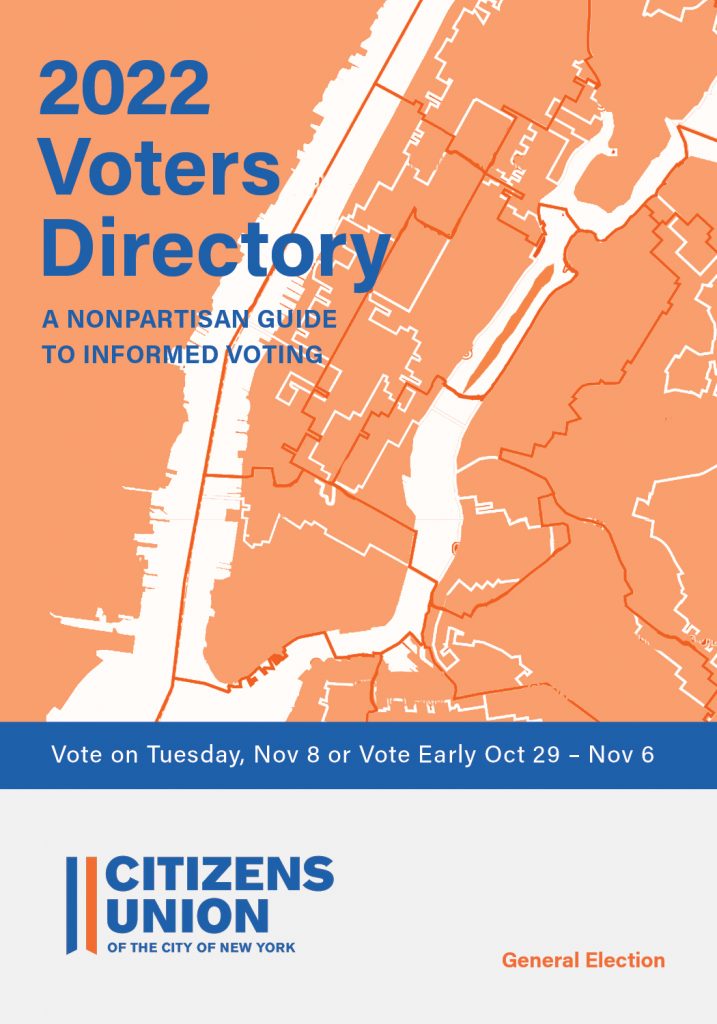 This fall, New Yorkers will vote in the general election for New York State Governor, Attorney General, State Comptroller, State Legislature, as well as for federal and judicial positions. In addition, voters will vote on four ballot proposals. To help our supportive members prepare to vote, Citizens Union has been publishing an annual Voters Directory for over a century.

Citizens Union evaluated candidates in the gubernatorial race and three contested legislative races to determine who strongly supports our issues, can advance a reform agenda, and can best fulfill the obligations of the position. It also evaluated the four proposals to amend the New York State Constitution, and issued detailed recommendations for voters on how to vote.

To find out when & where to vote and see who will be on your ballot, go to Who’sOnTheBallot.org.

Click here for an explanation of Citizens Union’s positions on the ballot questions.

The following candidates were preferred by Citizens Union in the Primary and are on the ballot in the general election:

This Voters Directory would not be possible without the hard work of members of the Citizens Union Board, Local Candidates Committee (LCC), staff and interns. 30 volunteer LCC members and staff members formed nonpartisan interview teams and evaluated 6 candidates in 4 races. We thank them for contributing their time, energy, and expertise to interviewing and evaluating candidates, especially during this challenging moment. We thank you for your support, and hope you enjoy the latest edition of the Voters Directory.