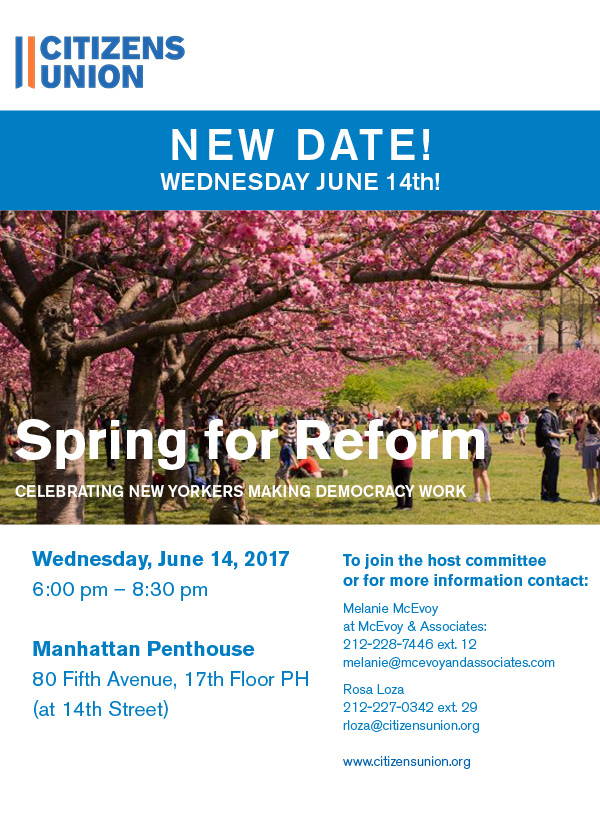 Juan González is an American broadcast journalist and investigative reporter. He was a columnist for the New York Daily News from 1987 to 2016. He currently cohosts the radio and television program Democracy Now! with Amy Goodman. González has been awarded two times the George Polk Award and the Justice in Action Award from the Asian American Legal Defense and Education Fund.

Robert A. George is an editorial writer for the New York Daily News (and formerly for the New York Post). He was born in Trinidad and lived in the United Kingdom before moving to the United States. A graduate of St. John’s College in Annapolis, Maryland, George worked for the Republican National Committee and, following the 1994 midterm elections, Speaker of the House of Representatives Newt Gingrich.

Gabe Pressman, 11-time Emmy winner, is recognized in the New York broadcast journalism community as the “reporter’s reporter,” and is one of New York’s most respected journalists. Gabe Pressman has served as a broadcast reporter for more than 60 years. Credited with being the first television reporter in New York, Pressman has called NBC 4 New York home for more than half a century.

Grace Rauh joined NY1 as a politics reporter in October 2008, after six years of working as a newspaper reporter in New York and California. She won several awards for her education coverage in California and for her feature writing. In 2002, she spent a year as an English teacher in Chiang Mai, Thailand, working

with Burmese refugees and migrant workers.

Harry Siegel is a senior politics editor for Newsweek and The Daily Beast. Previously he worked at the New York Sun as an editorial writer and as the paper’s first op-ed page editor when it launched in 2002. He founded the web magazine New Partisan with Tim Marchman and was editor-in-chief of the New York Press. In 2001, he worked as a researcher for political consultant Hank Sheinkopf.

Moderated by John Avlon is the Editor-in-Chief and Managing Director of The Daily Beast and a CNN political analyst. He is the author of Independent Nation: How Centrists Can Change American Politics and Wingnuts: How the Lunatic Fringe is Hijacking America and Washington’s Farewell: The Founding Father’s Warning to Future Generations as well as editor of the anthology Deadline Artists: America’s Greatest Newspaper Columns. Previously, he was a columnist and associate editor for the New York Sun and chief speechwriter for New York City Mayor Rudy Giuliani. He won the National Society of Newspaper Columnists’ award for best online column in 2012.

After the attacks of September 11th, 2001, he and his team were responsible for writing the eulogies for all firefighters and police officers murdered in the destruction of the World Trade Center. Avlon’s essay on the attacks, “The Resilient City” concluded the anthology Empire City: New York through the Centuries and won acclaim as “the single best essay written in the wake of 9/11.” His first book, Independent Nation: How Centrists Can Change American Politics was described by Barron’s as “a rewarding portrait of a political trend the established parties have tried to ignore” and hailed by The Moderate Voice.com as “the best political book ever on American centrist voters.”

Wingnuts: How The Lunatic Fringe is Hijacking America was praised by President Bill Clinton, who said “Wingnuts offers a clear and comprehensive review of the forces on the outer edges of the political spectrum that shape and distort our political debate. Shedding more heat than light they drive frustrated alienated citizens away from the reasoned discourse that can produce real solutions to our problems.”

The two Deadline Artists anthologies, which Avlon co-edited with Jesse Angelo and Errol Louis won acclaim from the Washington Post as “one of the greatest collections of newspaper articles ever compiled” while the American Journalism Review described it as “the most addictive journalism book ever.”

Avlon has appeared on The Daily Show with Jon Stewart, CNN, Real Time with Bill Maher, PBS, and CSpan. He has spoken at the Kennedy School of Government, the Citadel, the State Department’s visiting journalist program, and civic organizations around the nation.

He serves on the board of Citizens Union of New York and The Bronx Academy of Letters as well as the advisory board of the Theodore Roosevelt Association. He was appointed to the New York City Voter Assistance Advisory Committee in 2011. Avlon is also a cofounder of No Labels – a group of Democrats, Republicans and Independents dedicated to the politics of problem-solving and making government work again.

In a profile, author Stephen Marshall wrote “Avlon talks about politics the way ESPN anchors wrap up sports highlights.” Columnist Kathleen Parker wrote, “Americans who are fed up with the Ann Coulter/Michael Moore school of debate and are looking for someone to articulate a commonsense, middle path, may have found their voice in John Avlon.”

He is married to Margaret Hoover, the author of American Individualism. They live in New York City with their son, Jack and daughter, Toula. Contact John Avlon by using this form. For all speaking engagement inquires please contact Greater Talent Network.