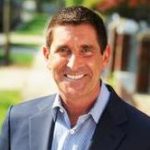 Jeffrey Klein is running for re-election, having served in the State Senate for ten years and previously in the State Assembly.  He is the co-leader of the State Senate, serving as the leader of the Independent Democratic Caucus, which he presented as having been a step he took in order to get things done in the senate.  His legislative priorities for the next session include passage of the DREAM Act, the Paid Family Leave Act, and the Women’s Equality Agenda.  Regarding the record of the Independent Democratic Caucus (IDC), Klein defended its effectiveness, noting passage of several reforms, including the SAFE Act and marriage equality, as well as the passage of four on-time state budgets. On other issues, Klein spoke to the need to preserve funding for affordable housing through an expanded Mitchell Lama program for middle-income residents, and his support for reducing the tax burden to stimulate investment and job creation.  On reform issues, Klein spoke at length about the failure to pass campaign finance reform, and legislation he introduced that would create a public matching system while also eliminating housekeeping accounts and lowering contributions for all candidates, regardless of whether they participate in the public matching system. He committed to ensuring passage in the next session of campaign finance reform that would include the elements of his legislation to ensure a comprehensive approach to reform.  He also expressed willingness to further reform the state ethics rules and, in particular, to look into the issue of outside income to curb corruption. Other strategies he cited were to increase the term of office to four years, with term limits, and making the position full time. Though Citizens Union has questions over the motivations connected to the formation of the IDC since some observers see it as having thwarted the political leanings of those who voted for Democrats, CU also understands the intent of the caucus is to be focused on achieving effective bipartisan outcomes.  During this election, it will be clear to voters what Senator Klein’s intentions are, since he has pledged to continue the existence of the IDC.  CU believes that Klein is an effective and energetic representative, who has nonetheless proven to be committed advocate for and leaders on many of Citizens Union’s priority reform items. Citizens Union prefers Klein for his effectiveness and energy, as well as for his unwavering support for the redistricting reform constitutional amendment and commitment to enacting comprehensive campaign finance reform in the next legislation session. 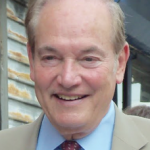 Oliver Koppell is running for the state senate, having stated that Democratic ideals have not been kept, and that he was urged to run in order to restore power to the Democratic Party.  Specifically regarding the power sharing agreement in the Senate, he stated that he does not think that the five members of the Independent Democratic Caucus should have the same amount of power that the other Democrats in the chamber possess. His main legislative priorities, if he is elected, include passing the DREAM Act, passing all ten points of the Women’s Equality Agenda, and passing campaign finance reform. Koppell’s top reform priority was campaign finance reform, and he described the pilot program enacted in the state budget this for the state comptroller’s race as “phony” reform. On other reform issues, Koppell is opposed to term limits, having been the sponsor of legislation to overturn term limits at the city level, and on ethics reform he stated that there should be an independent prosecutorial body solely focused on prosecuting public corruption. He responded that the proposal to empower the attorney general to investigate legislators would present a conflict of interest, as the attorney general currently represents the legislative branch in lawsuits involving state government.  On the strategies that he would use if elected to pass reform measures, Koppell stated that any senator who was serious about getting another term should be willing to make tough choices against their own interests.  Citizens Union believes that Koppell would be an experienced and capable legislator given his experience, but still differs with him on a few key issues such as term limits and the redistricting constitutional amendment.