Gustavo Rivera was elected to the State Senate in 2010, and is currently seeking a fourth term. His top democratic reform priorities include creating a state-level system of public financing for elections, closing the LLC loophole, and codifying the Attorney General’s power to investigate and prosecute police misconduct. His other legislative reform priorities are to pass the DREAM Act and GENDA. Rivera expressed support for most of Citizens Union’s reform goals, however, he opposes holding a Constitutional Convention because of the impact it could have on labor unions. He also opposes a non-partisan primary election system, but admits that he dislikes the current system as well. In his tenure in the State Senate, Rivera has demonstrated his commitment to reform when he co-sponsored legislation to make elections publicly financed. He has also worked to raise the minimum wage and for workforce and economic development. Citizens Union appreciates Rivera’s commitment to key reform issues and his demonstrated ability to be an effective legislator, and therefore prefers him in this race as we have previously been proud to do so. 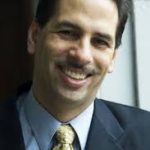