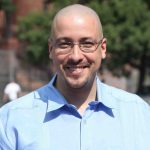 Age: 38
Occupation: Member, NYS Senate
Education: University of Puerto Rico (BA); CUNY Graduate Center (MA, in progress)
Candidate Questionnaire
Campaign Website
Candidate Finance Filings
Gustavo Rivera stated that he is running for re-election because he is not done with everything that he wants to accomplish in Albany. One of his main goals has been to re-establish the public’s trust, especially in his own district given the history of corruption of its representatives. Rivera’s top priorities include improving health policy, enacting budget reforms, and reforming aspects of the criminal justice system. Rivera expressed particular concern with healthcare spending, and stated that if Democrats regain the majority, he is slated to be chair of the Health Committee. Rivera is also passionate about reform issues: he stated that legislators’ earned outside income should be limited and more transparent;  that legislators should serve full time; and that campaign finance reform should be implemented to limit the influence of special interests. On redistricting, Rivera opposes the ballot proposal to reform the redistricting process – he would prefer a process that further removes the legislature from drawing district lines, such that legislators select nonpartisan organizations to appoint members to an independent commission to draw the lines. Citizens Union prefers Rivera because of his commitment to and support for good government values, and because of his interest in for collaborating with CU on reform issues even though there are differences on the issue of the redistricting amendment. 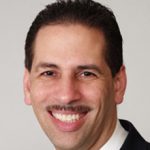