Robert Jackson previously served as the representative for City Council District 7 for twelve years. Jackson stated that he is running for the State Senate because he believes that the district needs a constant presence from its elected officials. He promises to be a full-time legislator, recognizing that his constituents need a committed and available representative.  Jackson stated that he cares deeply about the issue of education, and highlighted his lifelong advocacy, and his service as the City Council’s Education Committee chair and as lead plaintiff in the landmark Campaign for Fiscal Equity lawsuit – which brought needed additional funding to New York City’s public schools. Jackson hopes to continue his efforts to improve education and be a leader for the fight for education reform in the state legislature. Jackson’s other top goals include creating greater economic opportunities for his district and protecting affordable housing, starting with giving New York City home rule over rent regulations. He expressed support for all of Citizens Union’s reform positions. Jackson supports a campaign finance system with public matching funds and hopes to reduce the influence of money in elections when elected. He also stated that he believes ensuring the ethical behavior and integrity of elected officials are important means of building public confidence in government. Citizens Union prefers Jackson, because of his strong passion, commitment to both his community and larger scale reforms, including campaign finance reform, and experience which has proven him to be a consistent and effective advocate. 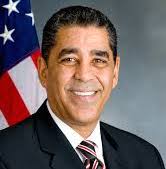 Adriano Espaillat was first elected to the State Assembly in 1996, and then to the State Senate in 2012. In 2012 and 2014, he ran unsuccessfully for US Congress against long-time incumbent Charles Rangel. Espaillat stated that he is running for re-election to the state senate because he would like to continue to champion such causes as affordable housing, campaign finance reform, the DREAM Act, and the Farmworkers Fair Labor Practices Act.  Espaillat supports all of Citizens Union’s reform measures and specifically highlighted the need to reform the NYS Board of Elections, citing its mismanagement of previous elections. He also expressed a commitment to reform other aspects of the campaign finance system in the state, such as limiting or eliminating transfers from party committees to candidates. Espaillat stated that because of his 18 years of experience in politics, he is most prepared to put forth the reforms that are necessary in New York State. While his knowledge of the political process and reform issues is apparent, we question his ability to advance reform in the State Senate due to his high absentee rate in Albany and too many missed votes on important state issues, which has deprived his constituents of a solid presence in Albany during his two congressional runs. 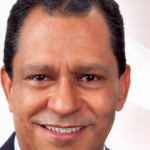