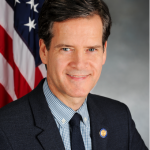 Senator Brad Hoylman is running for re-election in Senate District 27, covering neighborhoods on the west side of Manhattan, Midtown, and the East Village. Hoylman has served in this position since 2012, prior to which he was a three-term Chair of Manhattan Community Board 2 and a Democratic District Leader. He is a strong supporter of democratic reform in government, elections and voting, and campaign finance. He hopes that a potential Democratic takeover of the state Senate will allow real government and ethics reforms to succeed in Albany. Hoylman does not yet have a position on whether to hold a Constitutional Convention, but is less likely to support it if Democrats regain control of the Senate, believing that there will be a likelier chance for good government reforms to happen through the legislative process. Senator Hoylman is a strong supporter of limiting outside income for state legislators and was one of the first legislators to condemn the actions of Speaker Sheldon Silver after he was charged with corruption related to outside income. When it comes to campaign finance reform, Senator Hoylman supports banning stipends for legislators, closing the LLC loophole and lowering the limit of contributions allowed from companies. He would like to see greater transparency and guidelines about how campaign funds can be spent, and would like to see the NYC campaign finance system implemented statewide. Citizens Union commends Senator Hoylman’s deep commitment and knowledge of good government reforms and strongly endorses him for re-election. 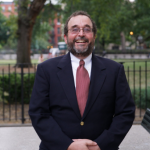 Rabbi Stephen Roberts was President of the National Association of Jewish Chaplains and served on its Board for almost a decade. Roberts became interested in running for state Senate because of his passion for ethics reform. He is running as an independent because he believes that the best way to help his district is to circumnavigate partisan political associations, although he plans to caucus with Democrats. Roberts, if elected, will focus his energy on supporting middle-income housing, single-payer healthcare, racial justice reforms specifically within the NYPD, closing the LLC loophole, and ballot reform. In terms of election reform, he is an advocate of nonpartisan primaries, automatic voter registration, and early voting. He also strongly supports a Constitutional Convention, which he sees as a viable avenue to achieving ethics and election reform. Roberts was not opposed to any of the reform issues on our questionnaire, but did not respond to a small number of them. We appreciate Rabbi Roberts’s dedication to his community and his approach to democratic reform, though we believe the incumbent is in a better position to make change in Albany and Rabbi Roberts did not make an effective case as to why Senator Hoylman should be replaced.