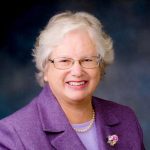 Senator Toby Ann Stavisky was first elected to the NYS Senate in 1999, and currently serves as Assistant Democratic Leader and Ranking Minority Member on the Senate’s Committee on Higher Education. If re-elected, her main priorities include gun control, securing funding to implement the DREAM Act, and raising the minimum wage. Her top reform priority is limiting outside income for legislators. She also highlighted the need to close the LLC loophole and consolidate state and federal primaries. Stavisky does not support holding a Constitutional Convention due to potential risks to Adirondack protections and aid to non-public schools, but she does support changing the State Constitution through the legislative process. In spite of our continued concerns over her representation of a district that is the only senate district created to assist in making it more likely that an Asian-American candidate could be elected and her increasingly long tenure as an incumbent, Citizens Union endorses Senator Stavisky’s candidacy in this particular election because of her demonstrated commitment to the needs of her district, effectiveness as a legislator, and support for reform. 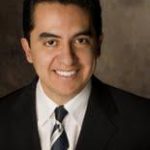 Carlos Giron is a public relations and marketing consultant running for office because he feels that the only way to end corruption in Albany is for everyday citizens like himself to run for office. He is the former Director of Hispanic Communications for Major League Soccer, press officer for CONCACAF (an international soccer association), and sports journalist for The Jersey Journal. His top legislative priorities include imposing legislative term limits, promoting the charter school movement, and supporting entrepreneurship and small businesses development. His top priority, Giron believes introducing an eight year term limit for state legislators would help to ensure a more fair and transparent system of government. Giron supports several CU policy positions, including holding a state Constitutional Convention. He expresses support for most of Citizens Union’s electoral reform agenda, but does not support same-day registration on election day or granting New York’s on parole the ability to vote automatically. CU was impressed with his professionalism, drive, dedication to his community, and thoughtfulness on the issues, but has concerns about his lack of political experience and deviation from a number of CU positions on key issues.