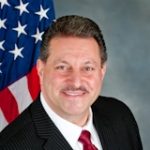 Senator Joseph Addabbo, Jr. was elected to NYS Senate in 2008 after serving as a New York City Councilmember since 2002. A longtime resident of Tudor Village located within Ozone Park, he served as the President for Ozone Tudor Civic Association from 1991-2001. If re-elected, Senator Addabbo will continue to focus his work on legislation that will improve temporary disability insurance, creating more job opportunities within his district, and supporting Veteran programs. His top reform priorities are campaign finance reform and ethics reform with emphasis on expanding pension forfeiture to all public officials who abuse public trust. Senator Addabbo supports much of Citizens Union’s reform agenda but does not support holding a Constitutional Convention, believing that it should only take place as a last resort when legislative measures fail. He agrees that earned outside income for legislators is a huge problem in Albany, but stated concerns about the legality of limiting it. Citizens Union believes Addabbo understands the issues that plague state politics and supports the principles that guide Citizens Union’s reform agenda. For his commitment to and actions in support of democratic reform, Citizen Union has endorsed the Senator’s candidacy. 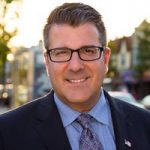 Michael Conigliaro is an active member of his community, currently serving as the President of the Queensborough Community College Alumni Association, and a member to the Juniper Valley Civic Association, Knights of Columbus, and Glendale Kiwanis to name a few. Conigliaro has decided to re-challenge incumbent senator, Joseph Addabbo, Jr., because he feels the values of the constituents in his district are not being represented in Albany. If elected, Conigliaro’s main focus will be making New York a resident-only state – meaning that only those who can show residency in NY would be entitled to services for the homeless. He also wishes to do away with the Common Core. Conigliaro is opposed to holding a Constitutional Convention, believing that it would be like “opening Pandora’s box.” He also opposes limiting outside income for legislators, stating that with proper disclosure requirements and compliance limiting outside income would not be necessary to prevent corruption. Conigliaro supported granting New Yorkers on parole the ability to vote automatically, however opposed same-day voter registration on Election Day and opposed removing barriers to early voting. He is also opposed to closing “soft money” loopholes and stated that lobbyists should be allowed to make campaign contributions.