Joseph Addabbo has been in public service since 2001 when he began serving in the city council, but he believes his work is not yet finished. He has been a senator in the district since 2008, with a focus on reforms that ensure public integrity. He highlights the need for further infrastructure development, especially in light of the damage that Hurricane Sandy caused his community. Addabbo is committed to serving his constituents in a diverse and sprawling district, which is why he has three district offices. His top reform priorities include campaign finance reform, which he believes would help to make elections more competitive and even out the playing field. Addabbo is also committed to increasing voter participation. Regarding ethics reform, he supports extending pension forfeiture to all public officers who abuse the public trust. Addabbo supports the redistricting constitutional amendment, Proposal 1, believing that it will improve upon the current system. To achieve the reform issues that Addabbo discussed, he supports incremental change via legislation that is specific to a particular goal, rather than omnibus legislation. Addabbo works towards reform in Albany and is pragmatic about implementing change, and it is for these reasons that Citizens Union endorses his re-election. 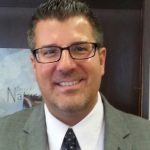 Michael Conigliaro is a law office manager who is motivated to run for elected office because he believes that not enough has been done in his district to focus on the middle class. Conigliaro is passionate about keeping businesses in Queens, and to achieve that goal, advocates for tax relief for businesses in the area, and addressing the high costs of commercial and industrial rent. He also supports reforming property taxes for the middle class and expanding educational and professional opportunities for veterans. On reform issues, Conilgiaro opposed many of Citizens Union’s recommendations. He opposes over half of the Citizens Union’s position on campaign finance reform, stating that unlike incumbents who have numerous sources of funds for their campaigns, new candidates must depend on large individual and corporate contributions. On judicial reform, he supports a merit-based appointment system, but opposes simplifying the trial courts into a two tiered system. He also opposes the establishment of an independent, non-partisan budget office as well as a later start date for the state fiscal year. Citizens Union appreciates Conigliaro’s volunteerism in his community, but his lack of support for needed reforms makes it difficult to support his election.