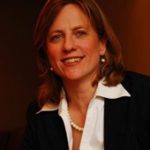 Melinda Katz currently is an attorney at Greenburg Traurig, and is seeking election as she wants to return to public service to serve the borough with which she has long been engaged. She previously served in the City Council and the State Assembly and was the director of community boards from 1999-2002 in the Queens Borough President’s Office. During her tenure in the City Council, Katz was the chair of the Land Use Committee for 8 years. Katz is a supporter of reform, and she hopes to change the budget process, increase transparency in the office, and create a more uniform set of rules guiding the various community boards. More specifically, she wants to put capital and expense funding online to make the system more transparent, give the borough president office more independence in terms of budgeting, and utilize Section 197-a of the City Charter to give the citizens a greater voice in establishing plans for community development. Another priority of hers is to increase diversity on community boards by encouraging more people to apply for appointed positions. Reform issues aside, Katz would create a war-room to improve education by increasing the number of schools and reducing overcrowding. Additionally, Katz wants to create more jobs by converting Long Island City into a mini technology hub. Though Katz has sewed up the poltical establishment support, it is because of her ability to work effectively with many different interests and groups. Given her collaborative approach, wide experience in elected office, vision for the office, and support for CU’s agenda, she has earned our support over another appealing candidate in the race. 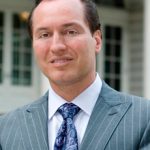 Peter Vallone Jr. has been in the City Council representing District 22 for 12 years and is seeking election because he wants to extend the work he has done in Astoria to the larger Queens community. Claiming that working in public service is in his blood, Vallone believes he would be an effective advocate for the borough. Vallone knows that the office of borough president is what one makes of it; accordingly, he said he would “be an advocate for the borough similar to Marty Markowitz, be heavily involved in legislation like Ruben Diaz, and produce policy papers and studies similar to Scott Stringer.” With experience in the private sector, Vallone believes he is different than his Democratic opponents. His top reform issues are reforming the discretionary funding system, prohibiting non-profits from receiving government funds unless they are proven and established, appointing independent community board leaders, and ensuring that borough commissioners of city agencies attend borough board meetings. Beyond reform issues, Vallone intends to increase the size of the police force, improve the economy by focusing on job development, and dedicate resources to the Hurricane Sandy rebuilding process. An independent voice, Vallone has proven he is a strong supporter of our issues, as he introduced a bill to the City Council to empower the borough president to require the appearance of borough commissioners of city agencies for monthly interagency meetings. He demonstrated his independence and had his discretionary funding slashed when he opposed the renaming of the Queensboro Bridge in honor of Ed Koch. Vallone has stood up for our issues; however, Citizens Union feels he needed to have a stronger and more appealing vision for the borough president’s office.
Everly D. Brown (D)
Has not returned questionnaire
Candidate could not be scheduled for an interview