Citizens Union has not issued a decision on this race; below are write-ups of candidates who were interviewed by the time of printing. Check back for updated information regarding our evaluation. 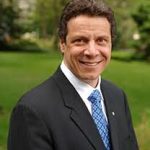 Age: 56
Occupation: Governor,NYS
Education: Fordham University (BA); Albany Law School (JD)
Has not yet been scheduled for an interview. 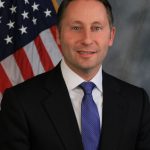 Astorino is currently the County Executive of Westchester County. He previously worked in the radio industry, most recently as a Station Manager for ESPN New York. He is running for governor to: hold spending at the current level or lower for four consecutive years; lower personal income and business taxes; reform the regulatory process to attract businesses; enact an Executive Order that places a moratorium on unfunded mandates; and replace the Common Core with locally devised educational standards. Astorino cites his record as Westchester County Executive as evidence of his effectiveness, stating that he has not increased the county budget, and achieved this through bipartisanship with the Democratic legislature. He also notes his issuance of 250 vetoes in his first two years in office to hold the line on spending and voice his opposition to what he describes as bad public policy. On education, he supports electing the Board of Regents through local representation. Astorino is troubled by those leaving the state due to high taxes and a lack of jobs, especially in Upstate New York. He supports hydraulic fracturing, if done safely, to bring jobs to the state and create cleaner energy.

On reform, Astorino cites his work to establish greater transparency through the county’s Board of Contracts, and his institution of term limits at the local level. Astorino’s top reform proposal is term limits for state offices. He supports expansion of pension forfeiture for all public officers convicted of corruption, which would build upon the reforms enacted in 2011 that applied only prospectively to public officials. He opposes the constitutional amendment on redistricting, Proposal 1, stating he believes a more independent system is preferable; when asked for an alternative, he cited possible judicial involvement in appointments. He does not support most campaign finance reforms, believing that funding will seep into the system even under public financing, which he does not support. He believes that disclosure is the best way to change behavior rather than contribution limits or public funding. He also says that public funding could be undermined by union in-kind contributions. On election reform, he formulates there is no need to reduce barriers to voting, as low turnout is due to voter frustration because of a lack of qualified candidates running, and cites voter fraud as a reason to not enact measures such as election day registration. He cites his support for term limits as a means to address the Citizens Union issues he opposes.

Howie Hawkins is a civic activist and a truck unloader for UPS who is actively involved with the Teamsters Union. Hawkins cites his overall platform as being influenced by civil rights as it relates to housing, healthcare, education and jobs. In order to bring focus to these issues, he would create a cabinet level position for civil rights. Hawkins mentions his local work in the Syracuse area as evidence of his ability to influence issues, namely the creation of a citizens review board for police complaints, and the passage of a living wage ordinance. He also notes that his candidacy in 2010 for governor brought several issues to the forefront of the public’s attention, including his opposition to hydraulic fracturing. He supports opting out of the Common Core educational curriculum, and instead supports qualitative assessments of students and teachers, designed by educators using educational objectives instead of for the convenience and profit of testing vendors. He sees stronger funding for education as a key civil rights initiative and would fund education through a reformed foundation formula that provides full funding to school districts. He supports a “Green New Deal” to bring jobs for green energy to the state, such as for building infrastructure for solar and wind energy. He continues to oppose hydraulic fracturing and nuclear energy. Regarding taxation and spending, he would implement a progressive tax policy that eases taxes on the middle class and low-income families, and institute more revenue sharing with localities. On health care, Hawkins supports the creation of a single-payer health care system which he believes will save the state money as well as eliminate labor contract disputes. Hawkins did not fully respond to the questionnaire as of the printing of this directory. Hawkins supports most of Citizens Union’s campaign finance and election reform platform, but differs on a couple of issues. He opposes the redistricting constitutional amendment, Proposal 1, but notes that it would be an improvement over the current system. He supports a proportional representation system for the state legislature. He also supports full public funding of campaigns. When asked about potential constitutional issues with fully funded systems, he noted that legal issues could be addressed by not adopting mechanisms that provide additional funds to candidates whose opponents spend over a certain threshold, and cited Maine as an exemplary system. He would reconvene the Moreland Commission, and floated the idea of having an Executive-level position devoted to anti-corruption efforts.