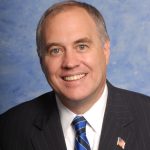 Tom DiNapoli has served as the state comptroller since 2007, when he was appointed by the legislature to fill the vacant seat of former Comptroller Alan Hevesi. He previously served as a member of the state assembly and a local school board. Since taking office, he instituted several measures to address corruption, given previous scandals with the pension fund, including pay-to-play limitations on placement agents and those who do business with the fund. He also convened a Joint Task Force on Public Integrity with Attorney General Eric Schneiderman that has allowed for the investigation of improper state payments and brought forward notable and welcomed prosecutions against public officials and employees. DiNapoli is aligned with Citizens Union on the majority of its issues, including campaign finance reform and election reform. Regarding campaign finance reform, he declined to participate in the pilot program for public financing that was created this year in the budget for the comptroller’s office since he rightfully believed that it was not workable or fair given that it was passed too late in the election cycle to be effective. He notes his opponent has not yet qualified for funds, demonstrating the design problems of this pilot, and expressed concerns that this poorly planned pilot might undermine the credibility of public funding in the future. He opposes the constitutional amendment on redistricting, Proposal 1, stating that he does not oppose the advocacy effort by Citizens Union, but rather would support a system further removed from the legislature. On the pension fund, though he is the sole trustee, he has broadened the decision-making on the fund through advisory committees. He argues that this approach has aided a well-performing pension fund compared to equivalent jurisdictions. He claims there is important accountability with the fund being managed by an elected official, and that he has worked to reform the pay-to-play system to eliminate potential conflicts of interest. Regarding his office’s role in the legal settlement related to sexual harassment of employees of former Assemblymember Vito Lopez, he states his office approves legal services for settlements for all state offices, and did not play an advisory role with this settlement but simply an administrative one. Since this occurrence, his office has increased transparency of legal settlements. Regarding broader transparency interests, DiNapoli’s office plans to further expand its Open Book New York web portal of state funds to include further financial details of state spending, and supports legislative measures to further specify the intended spending of lump sum appropriations that are designated after passage of the state budget. Citizens Union believes that DiNapoli is a dedicated public servant who has demonstrated his personal integrity, has restored credibility to the Office of State Comptroller and deserves re-election. Citizens Union appreciates his support for a viable public funding system, and hopes he will be an active voice for comprehensive campaign finance reform for all state offices if re-elected.

Robert Antonacci (R,C)
Has not returned questionnaire
Could not be scheduled for an interview
Campaign Finance Filings
Campaign Website