Luis Sepúlveda was elected to the State Assembly in 2012, and is currently seeking a term. Sepúlveda’s top priorities are to increase supportive and affordable housing, criminal justice reform, to bring back the New York State Lottery Scholarship, and inequality in city-wide infrastructural assessments. Sepúlveda expressed support for many of Citizens Union good government positions. However, he opposes income caps for state legislators, believing that they are part-time legislators and should be allowed to continue to earn outside income. He strongly stated his desire to move money out of politics and thinks that legislation has not gone far enough to counter the issue. He would also like to see term limits for the Assembly Speaker and community chair. Sepúlveda is supportive of a Constitutional Convention, but believes it is unlikely to occur as there is not enough financial support or support from political leaders. If there is a Constitutional Convention, he believes legislators shouldn’t run as delegates, but if they are already elected they should be allowed to remain in this position. Sepúlveda does not support non-partisan primaries, but does believe they should be heavily simplified. He is a member of the Assembly reform caucus and was an instrumental figure in pushing the issue when former Assembly Speaker Sheldon was indicted and pushed for Silver’s removal from his post. He nevertheless demonstrated his willingness and ability to push for reform, even when it necessitates challenging the party establishment. Citizens Union prefers Sepúlveda in this race because of his demonstrated effectiveness as an independent voice and legislator and his support for much of Citizens Union’s reform agenda. 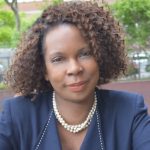