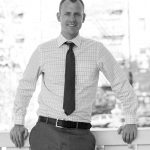 Jackson Strong is the vice-president and co-founder of Titan Realty Partners and has served on Bronx Community Board 4 for six years. His main legislative priorities include education reform, improving police-community relations, creating sustainable housing, and reforming the MTA. He expressed strong distaste for corruption in Albany, and indicated his support for every item of Citizens Union’s reform agenda. He also wants to make it easier for challengers to get on the ballot by reducing the number of signatures necessary to secure a spot. Citizens Union appreciates Strong’s enthusiastic support for reform, but feels that he has not established a viable campaign operation. However, Citizens Union believes that Strong is an asset to his community and hopes that he continues to pursue reform and community engagement.