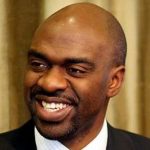 Michael Blake has previously worked for Barack Obama’s presidential campaign, and as a White House aide for outreach.  His current organization, Green for All, supports green jobs for those in minority communities.  Blake stated that he is running to improve his community, as it is one of the poorest in the nation. His top priorities include creating jobs in the district, and strengthening the community through financial empowerment. On reform issues, Blake stated that he will focus on campaign finance reform, modernizing elections to make it easier to vote, and increasing transparency by having legislators report more regularly to constituents on their activities in the legislature. Though Blake did not oppose earned outside income, he advocated for faster reporting and making the reporting more detailed. He stated that, especially in light of the former representative’s corruption conviction, his district and Albany need real leadership, and that is what he will bring to Albany.  Citizens Union prefers Blake because of his experienced knowledge of the political process and his appealing persuasiveness. 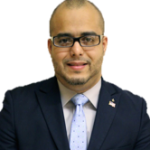 Raul Rodriguez is running for office because as a parent coordinator at the Department of Education, he has firsthand knowledge of the problems of the district, and experience in addressing them. His top priorities are securing more resources for the district, addressing public safety and health problems in the community, improving the public education system, and preventing corruption.  He is concerned about the rate at which elected officials, especially in his district, have been removed due to ethical lapses. Rodriguez stated that convicted elected officials should not receive their pensions, and that he supports term limits to help ensure that communities are able to have representation that better reflects their current priorities. On campaign finance reform, Rodriguez stated that that while the New York City public matching model is not perfect, it would serve as a step in the right direction. Citizens Union believes that he is an asset to his community because of his focus on and passion for local issues and hopes to see him in elected office one day. 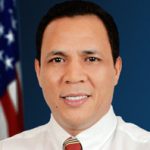