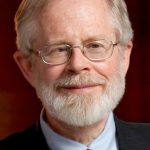 Richard Gottfried has served in the state assembly since 1971. He is a lawyer who serves in the legislature full time, and does not maintain a private practice. He is running for re-election because he is passionate about politics and serving the interests of his constituents. He is the long-standing chair of the Health Committee. A top priority of his is to pass a single payer health care system to achieve publicly sponsored and funded health coverage for all. Some of Gottfried’s other priorities include LGBT equality, passage of the Gender Equality Non-Discrimination Act, and promoting economic fairness and opportunity. Gottfried is also passionate about campaign finance reform, as he has been working on it since 1979.  He believes that the current system is flawed, and he supports comprehensive reform to create a more fair system. Gottfried also advocates for the state legislator position to be a full-time one, since anything less than full-time can open a “channel of corruption.” Gottfried supports Proposal 1, the redistricting constitutional amendment, seeing it as a necessary improvement over the current process, and joins the effort to support it. Where he differs from Citizens Union on specific reform proposals, he demonstrates thoughtfulness and enthusiasm to collaborate and work together to develop fair and effective policies. Citizens Union endorses Richard Gottfried because he embodies the values of Citizens Union and is a partner in reform. 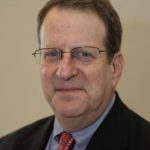 Candidate could not be scheduled for an interview by Citizens Union