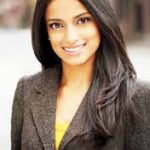 Jenifer Rajkumar is the Democratic District Leader for lower Manhattan. She is a lawyer at Sanford Heisler LLP, where she litigates in the areas of tenants’ rights, gender discrimination, and in whistleblower cases. She stated that she is seeking election because of her lifelong commitment to social justice, and because she feels that her skillset as a lawyer and community organizer will help her be effective in office. Her top priorities include removing barriers to voting, campaign finance reform, and ethics reform, including limiting outside income. When asked how she would achieve her goals, she referenced her skills as a coalition builder and the connections she has built as a District Leader, as well as her plans to work with the Democratic Reform Caucus. Rajkumar supports holding a Constitutional Convention, and discussed the need to reform the delegate selection process in order to limit undue influence from special interests. Citizens Union is impressed by Rajkumar’s detailed understanding of reform issues and commitment to reform, and prefers her in this race.

Alice Cancel was elected to the Assembly in a special election to replace Assembly Speaker Sheldon Silver in April 2016. She states that she sought the seat because she wants to pursue reform in the Assembly. Her top priority issues are affordable housing, senior housing, and education. To address corruption, she mentioned the need to limit outside income and enact pension forfeiture, and she expressed support for a Constitutional Convention. Citizens Union had hoped Cancel would demonstrate a more detailed understanding of legislative and reform issues given her limited experience which still is more than the other candidates in the race, and, as a result, did not prefer her for this race. 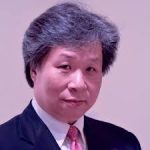 Don Lee is the Chief Information Officer for the Coalition of Asian American IPA and the Asian American Accountable Care Association. He has worked for previous mayoral administrations in auditing, community affairs, economic development, and health-care capacities, and has led community organizing projects. He is seeking office because he believes that the government is out of touch with community needs, and believes that his experience as a community organizer and his professional experience will help him serve the district. His top priorities include health care and affordable housing, and he discussed the need for affordable housing initiatives to take concerns such as availability of community resources into account. Lee supports holding a Constitutional Convention, wants to prioritize ethics reform and budget reform, and says that his experience in IT will help him bring transparency to the budget process. He expressed concerns about the future of constituent services in the district, given that, with a freshman legislator, they will only get $125,000 for constituent service rather than the $2 million the district received under Sheldon Silver. Lee stated that he would be committed to constituent service nonetheless. Citizens Union appreciates Don Lee’s dedication to good government and highly regards the asset he is to his community. 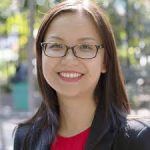 Gigi Li is the former chair of Manhattan Community Board 3 and is also the director of the Neighborhood Family Services coalition. She is running for office because she feels a deep connection to the district and wants to continue to support her community on a larger scale. Her top priorities are increasing access to social services, affordable housing, and encouraging smart development, wherein issues such as housing, transit, accessibility, schools, and other services are considered in conjunction. Her top reform priority is budget reform, and she discussed the need for transparency in the budget process. She also wants to pursue diversity in the State Legislature by encouraging women and people of color to run for office. In order to accomplish her goals, Li expressed interest in building alliances with representatives from across the state whose districts may have similar concerns. Li is hesitant to support a Constitutional Convention because of the risks posed to unions and especially to immigrant union workers, but she does believe that a Convention would present an opportunity for necessary change. Despite preferring her opponent, Citizens Union appreciates Li’s detailed understanding of her district’s needs and her support of key reform issues. 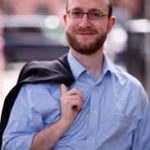 Paul Newell is the former Democratic District Leader for lower Manhattan, and is a founding member of coalitions such as New York Neighbors for American Values and the Coalition for a New Village Hospital. He is seeking election because he is disturbed by the corruption in Albany and he wants to send a message that the district previously represented by Sheldon Silver is seeking reform. His top priorities include limiting outside income, campaign finance reform, and legislative rules reform. He agrees with Citizens Union that efforts to combat corruption must include prevention alongside punishment, and he highlighted limiting outside income and campaign finance reform as mechanisms through which to prevent corruption. Newell spoke passionately about his support for a Constitutional Convention, despite having lost the support of unions because of this opinion, and expressed optimism that a pro-labor majority of delegates would not threaten workers’ rights. Like many of his competitors, he plans to work with the Democratic Reform Caucus in order to achieve his reform goals. Newell has made strides as a District Leader, establishing a panel system for judicial selection in his district and showing his ability to form coalitions. Despite preferring his opponent, Citizens Union appreciates Newell’s passionate support of reform and believes he would be an effective legislator should he win election. 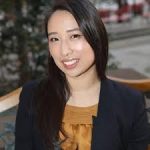 Yuh-Line Niou is the former Chief of Staff for Assemblymember Ron Kim. She ran in the April 2016 special election, but lost to Alice Cancel. She feels compelled to seek office because she is disturbed by the corruption that this district has experienced, and because she feels that it is an opportunity to change laws to prevent injustice. Her top priorities include preventing predatory lending and business practices, and targeting redlining practices. She spoke passionately about the need to restrict or ban outside income, reform campaign finance laws, and close the LLC loophole. Like several of her competitors, she plans on working with the Democratic Reform Caucus to achieve her goals. As Chief of Staff, she had formed relationships in the State Legislature, which she feels are potential avenues through which to push for reform. She is hesitant about a Constitutional Convention because she is concerned about how delegates would be elected and because she fears that workers’ rights would be endangered. However, she is optimistic that the State Constitution can be successfully amended through legislative channels. Niou is dedicated to constituent service and is sensitive to the diverse needs of her district, such as language access in navigating public services. She is concerned about the reduction in funds for constituent services that will be allocated to the district, and she wants to change the system through which funds are allocated to prevent this in the future. Despite preferring her opponent, Citizens Union appreciates Niou’s knowledge of constituent needs and her support of key reform issues.