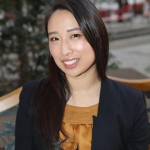 Yuh-Line Niou is the former Chief of Staff for Assemblymember Ron Kim. She ran in the April 2016 special election and lost to Alice Cancel, but defeated her in the September Democratic primary. She feels compelled to seek office because she is disturbed by the corruption that her district has seen, and views it as an opportunity to change laws to prevent injustice. Her top priorities include preventing predatory lending and business practices, and targeting redlining practices. She spoke passionately about the need to restrict outside earned income (if not outright ban it), reform campaign finance laws, and close the LLC loophole. She plans to work with the Democratic Reform Caucus to achieve her goals. She is hesitant about a Constitutional Convention because she is concerned about how delegates would be elected and because she fears that workers’ rights would be endangered. Niou is also dedicated to a strong level of constituent service and is sensitive to the diverse needs of her district, such as language access in navigating public services. She is concerned about the reduction in funds for constituent services that will be allocated to the district following the ouster of Sheldon Silver, and wants to change the system through which funds are allocated to prevent this in the future. Citizens Union endorses Niou’s campaign because of her knowledge of constituent needs and her passionate support of key reform issues. 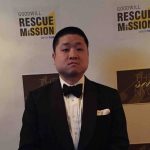 Bryan Jung is the Chief of Operations for a real estate company in New York City and the Campaign Treasurer of Michael Zumbluskas, who is running for NYS Senate in SD 28. Jung has also served as the Treasurer for David Garland’s New York City Council campaign in 2013, and for David Casavis’s NYS Assembly campaign in 2014. Jung is running for office because he feels it is his civic duty to bring reform to what he identified as “the most corrupt state.” Jung supports a Constitutional Convention, believing that it will serve the interests of his constituents, as opposed to special interests. If elected his top priorities include job creation, improving educational opportunities, and creating housing that meets the needs of everyday New Yorkers. Jung’s top reform priorities are closing the LLC and “soft money” loopholes in the campaign finance system, and increasing salaries of legislators and punishing corrupt public officials. Citizens Union does not endorse Jung’s campaign because of his lack of experience with legislative issues and in city and state politics, but felt that he had a positive attitude toward civic engagement and hopes that he continues to pursue this experience by staying active in political life.

Alice Cancel was elected to the NYS Assembly in a special election to replace Assembly Speaker Sheldon Silver in April 2016. She has stated that she sought the seat because she wants to pursue reform in the Assembly. Her top priority issues are affordable housing, senior housing, and education. To address corruption, she mentioned the need to limit outside income and enact pension forfeiture, and she expressed support for a Constitutional Convention. Citizens Union had hoped Cancel would demonstrate a more detailed understanding of legislative and reform issues given that her limited experience is still greater than the other candidates in the race, and, as a result, did not endorse her for this seat.