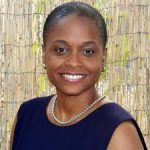 Tremaine Wright is the chairperson of Community Board 3, having served on the Board for the past 12 years. Wright’s top legislative priorities are education reform, healthcare reform and ethics reform, with an emphasis on elected officials being more accessible and transparent to their constituents. Wright is opposed to same-day voter registration, citing concerns about false registrations and potential corruption. When asked about limiting outside income and pension forfeiture for convicted elected officials, Wright answered that by limiting outside income, allowing pension forfeiture and closing the LCC loophole, it would put pressure on elected officials to think twice before attempting to commit a crime. Although Wright is not totally aligned with Citizens Union’s reform agenda, her willingness to listen and to see an argument from both sides in relation to how the constituents in her district will be affected leads us to prefer her in the primary.

Has not returned questionnaire

Candidate could not be scheduled for an interview