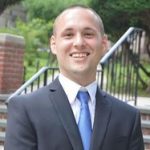 Brian Barnwell has served as the Director of Special Events for City Councilmember Costa Constantinides, and served as the former president of a Democratic club in Woodside. Barnwell is running for office because he feels that, as a lawyer, he is the candidate best suited to serve the public. Like for many candidates running in Queens, a key issue is the placement of homeless shelters, which Barnwell has been a strong opponent of. Barnwell’s legislative priorities include reassessing AMI requirements in the city’s affordable housing program, providing more services to seniors, and modernizing the criminal code, property tax, and pension program. His top reform priorities include pension forfeiture for officials convicted of corruption, closing the LLC loophole, and eliminating earned outside income for legislators. He even went further, stating that he is opposed to raising the salaries of state legislators. Barnwell is opposed to a Constitutional Convention, indicating concerns that the process would be manipulated by the state’s most powerful politicians, and that pensions for state employees would be jeopardized. He supported election reform measures such as same-day voter registration on Election Day, but had concerns about online registration being vulnerable to fraud. Barnwell did not take a position on several issues including permanent mayoral control of city schools, and automatically granting New Yorkers on parole the ability to vote. Citizens Union feels that Barnwell lacks a detailed understanding of legislative and reform issues and has concerns over his approach to dealing with sensitive matters like homeless individuals in his district. Because his opponent declined to be interviewed, CU issues no endorsement in this race. 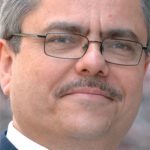 Has not returned a questionnaire and declined an interview.