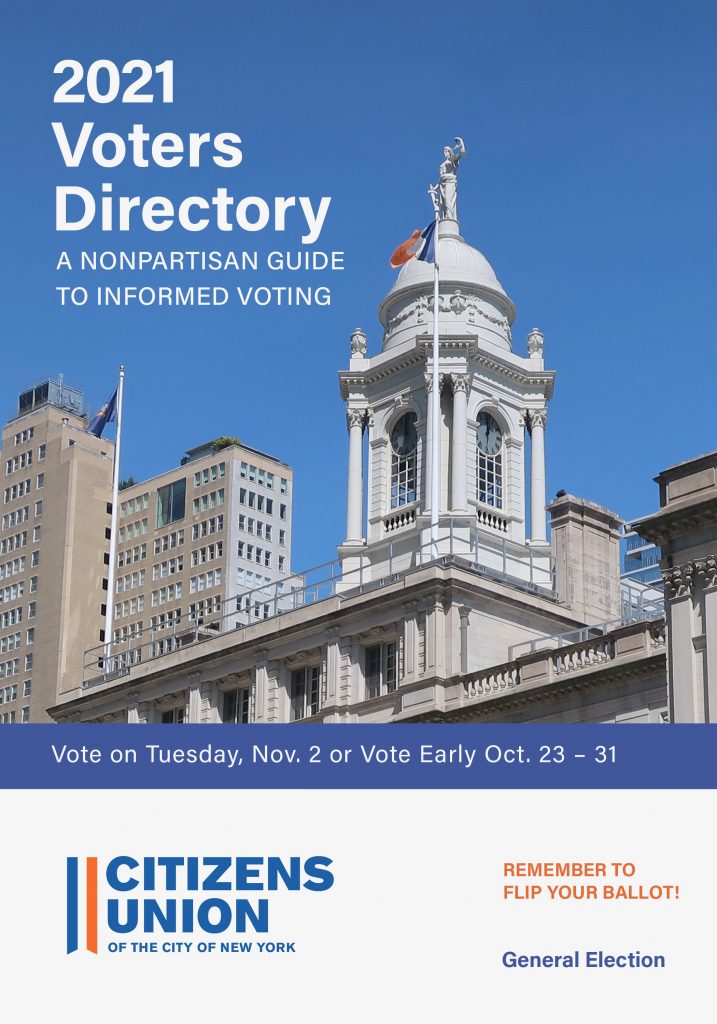 This November, New Yorkers will vote for New York City Mayor, Comptroller, Public Advocate, Borough Presidents, City Council, and Manhattan District Attorney. Judicial positions and one State Senate seat (Special Election) will also be on the ballot. In addition, voters will need to vote on five ballot proposals to amend the New York Constitution. To help our supportive Citizens Union members prepare to vote, Citizens Union has been publishing an annual Voters Directory for over a century.

Citizens Union evaluated candidates in three contested races to determine who strongly supports our issues, can advance a reform agenda, and can best fulfill the obligations of the position. It also evaluated the five proposals to amend the New York State Constitution, and issued detailed recommendations for voters on how to vote.

To see our past preference and endorsement decisions, click here.

Click here for an explanation of Citizens Union’s positions on the ballot questions.

The following candidates were preferred by Citizens Union in the Primary and are on the ballot in the general election: