Michael Gianaris, the current Assemblymember for District 36, is running for State Senate, believing that he will add a sober voice to deliberations in the Senate, which is in need of leadership.  Gianaris has run on a platform of reform, stating that his top goals are reform of the redistricting process, campaign finance and ethics.  As the lead sponsor of a bill to create an independent redistricting commission in the Assembly that was developed with Citizens Union, he has been a champion for the issue and believes that it is one of the most important policy areas the Senate will confront in 2011.  He also worked with Citizens Union in 2009 to create a solution to the deadlock in the State Senate, recommending that the Governor appoint a lieutenant governor.  Gianaris supports Citizens Union’s reform agenda, and has advocated for the formation of budget conference committees, merit selection of judges and greater transparency of legislative operations, among other items.  He has been a leader in several other areas such as consumer protection, having authored the Airline Passenger Bill of Rights and Energy Consumers Bill of Rights.  Given his strong support for Citizens Union’s reform agenda and partnership in making reform initiatives a reality, Citizens Union strongly supports Michael Gianaris, endorsing his election to the State Senate. 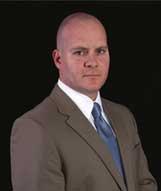 JEROME PATRICK TINA, JR. – REP, CON
Has not returned questionnaire
Candidate could not be scheduled for an interview
Campaign website: http://beta.patricktinaforsenate.com/