Al Vann, who has represented the 36th City Council district since 2001 and prior to that was a New York State Assemblymember representing the 56th District and a school teacher, is seeking reelection because he believes he is the best candidate to represent the district and would like to complete his work on some unfinished capital projects in the district.

Mr. Vann’s priorities if reelected would be to strengthen community-based organizations, reduce poverty in the district, and empower community residents to be self-sustaining and take advantage of city services.  He said that he does not support mayoral control and did not support it in the state legislature or in city council.  He instead believes that education decisions need to be made closer to the ground at the parental level.  Mr. Vann stated that although the old system had problems, it was not as bad as people made it out to be.  While he does not have all the answers, he did create an education task force in his district and has been working to find solutions, which he wants to continue to doing for the community.

Mr. Vann supports much of Citizens Union’s reform agenda, but said that he voted in favor of a term limit extension because it was consistent with the district’s opinion on this issue when it voted against the two term limits referenda.  Moreover, he said that if the council has the legislative authority to act. then it should. Mr. Vann believes that although there have been attempts to democratize the process, council committee chairs need to be more independent.  He also feels that the council should operate more independently of the mayor.  He also believes that the recent reforms to the discretionary funding process have made the process more transparent.  Mr. Vann is the organization’s preferred candidate. 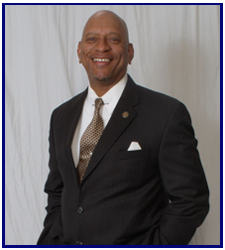 William Carrington
[Candidate did not return questionnaire and could not be schedule for an interview.]
Campaign website: http://www.friendsofwilliamcarrington.com/ 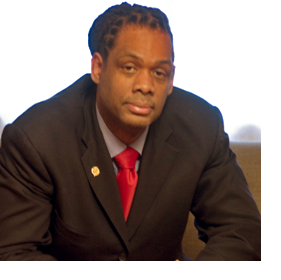 Robert E. Cornegy
[Candidate did not return questionnaire and could not be schedule for an interview.]
Campaign website: http://www.cornegy2009.com/ 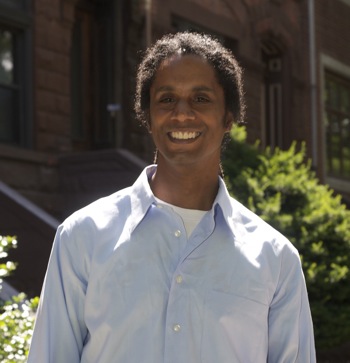 Mark Winston Griffith
[Candidate did not return questionnaire and did not appear for scheduled interview.]
Campaign website: http://www.mwgriffith.com/

David Grinage
[Candidate did not return questionnaire and could not be schedule for an interview.]
Campaign website: http://friendsofdavidgrinage.com/

Saquan Jones, a former New York public school teacher and current auditor who works at Columbia University Medical Center, did not complete Citizens Union’s questionnaire because he needed to research the issues more fully and does not let his staff complete things he must sign.  He is running because he would like to cultivate new people in the district especially those with higher education and the new residents who do not feel connected t o the community.  He stated that his educational background and his community engagement distinguish him from other people in the race.  He has three components to his economic development plan: (1) get businesses to invest in themselves so that people will want to patronage and support; (2) new businesses would get free marketing from the Councilmember’s office; and (3) create a network to cultivate entrepreneurs in the district.  Mr. Jones also said he would like to implement a program called Bed-Stuy Bucks and Crown Heights Currency similar to Williamsburg where the district encourages residents to spend money in the district and helps the money to go further and reap economic benefits in the major arteries in the district.

His priorities, if elected, would be to improve community education councils, especially in his district which had the lowest turnout rate in the entire city.  He would promote parental involvement by urging for the creation of a new program to allow parents to take one free course at CUNY, which he believes will help them further connect with their children and their school work.  On economic development he would: (1) hold monthly meetings with block associations to engage residents and allow them to network; (2) create a committee to discuss how to disperse member items based on the recommendations of block association presidents and vice presidents; and (3) encourage district residents with business background to start local business. He also would like to address the explosion of homelessness within the district and surrounding area, especially given the prevalence of homeless shelters in the district.  Mr. Jones did not speak very much about reform issues, except to say that all of government needs an overhaul to restore the public’s confidence in it.  He said Citizens Union should support him because no one will work harder than him, has solid supports in portions of the district necessary to win, and has a plan for what he would do when elected.

Adrian Straker
[Candidate did not return questionnaire and could not be schedule for an interview.]

Tremaine Wright, a small business owner and lifelong district resident, is running for election because she wants to improve the community’s quality of life and make it more livable.  She believes that the business corridor in the community needs greater options for food and restaurants and that the district’s appearance needs to be improved, especially given the large amount of vacant space within the district.  She considers the current leadership within the community has not done enough to utilize and improve this vacant space.  She would address this issue of vacant space successfully because of her background as a small business owner and resident make her uniquely qualified to do so.

Some of Ms. Wright’s priorities, if elected, would be to improve and help small businesses in the community thrive.  She also mentioned the need to create more affordable housing, increase public safety and bring a green economy to the district.  She had some ideas for innovative policing, including responding to the public’s outcry for street cameras within the district to make residents feel safer, especially given some of the recent shootings on the same several blocks.  Her ideas relating to green alternatives included efforts to encourage better food options for residents, which should include use of green carts and better, healthy –choice supermarkets.  Ms. Wright mentioned the need for safe bike lanes for people allowing them to ride within the community, which would reduce over-reliance on cars.  She said many of the existing bike lanes are unsafe and end abruptly without a safe alternative for riders.  With respect to affordable housing, she would like to see more permanent affordable housing extended through the 421-A program and restructured in its qualifying income levels to include those earning between thirty thousand and eighty thousand dollars to ensure all members of the community are included.  In particular, she referenced the Pfizer building within the community that should be used for biotechnology, which would bring much-needed jobs and housing to district.

When asked, Ms. Wright said she was not fully prepared to discuss reforms necessary to City Council operations, but she would like for committees to operate more efficiently.  She was more familiar with the Council discretionary funding issue and was dissatisfied that more information was not publicly available in real time in our digital age.  Ms. Wright said that her experience on the community board, her experience in the community as a small business owner, her clear understanding of the community’s needs makes her a candidate worthy of Citizens Union’s support.  She also referenced her belief in the importance of good government, use of technology to engage the citizenry and need to eliminate the appearance of impropriety surrounding council operations.