Lynn Schulman is a unique candidate with a lot of promise.  Although she has never been elected to office, she has substantial community expertise and knowledge of the process due to time spent in the council as a chief-of-staff.  She has been a member of Community Board 6, as well as the 112th Precinct Community Council.  Ms. Schulman also served on the Board of the Forest Hills Chamber of Commerce, and is currently on the Board of the Queens Historical Society.  She is running because she has been a community activist for most of her adult life and comes from a working class family.  Ms. Schulman identifies herself as more progressive than the other candidates, and her ideas support this label.

When asked about her top five priorities, Ms. Schulman answered the question a little differently than other candidates, and seemed pragmatic in her ideas of what it would be like as a member of the council.  Ms. Schulman said that she would make an agenda for the coming year, beginning in September, including determining how her goals would be accomplished.  She also mentioned working with the Speaker on issues of reform, and stated that she would leverage her support of the Speaker for these issues.  She also sees auditing all the laws currently on the books as a priority to abolish or modify ineffective laws and close loopholes.  On issues related to the district, she plans to set up an interactive website, hold town hall meetings throughout the district, set up a 24/7 hotline, and give a “State of the District” address.  Ms. Schulman also plans to hire a part-time grant writer who can help nonprofits find ways to obtain funds other than through member items.   Ms. Schulman believes that she is the progressive candidate that represents the future.  The district has changed and is changing and that she brings new and different experiences to the table.

Ms. Schulman is supportive of nearly all of Citizens Union’s reform goals.  Concerning term limits, Ms. Schulman criticized the recent extension as not being accomplished in a positive way.  On the merits of term limits, she thinks that eight years may be too short of a time, but believes that term limits are necessary while the current ballot access system is in place.  She would like a Charter revision commission to review term limits.  On city council reform, Ms. Schulman stated she believes that the position of councilmember should be full time.  Once they increase the salary, stipends can be taken away.  She recognized that committee assignments are basically just “political patronage” and that subcommittees have very little meaning and should be reduced. Ms. Schulman is Citizens Union’s preferred candidate because she is most aligned with Citizens Union’s reform ideals, and sees them as her own and plans to work hard for their implementation.

Albert Cohen
[Candidate did not return questionnaire and could not be scheduled for an interview.]
Campaing website: http://albertcohen2009.com/ 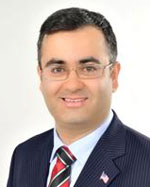 Michael Cohen is an experienced politician, having most recently held elected office in the New York State Assembly from 1999-2005.  In this role, he spoke to his success with constituent services, and how these services enabled him to be an effective politician.  He left the Assembly to take a job at the Health Insurance Plan of New York, and was replaced by Andrew Hevesi in a special election. The circumstances of Mr. Hevesi ultimately taking office are the subject of an investigation by Attorney General Cuomo, but Mr. Cohen has indicated that he is not a target of the investigation.

Mr. Cohen described his top priorities as providing excellent constituent services, and reinstating the stock transfer tax to bring in additional revenue.  He showed his dedication for the council seat by stating that he was not planning on running for higher office.

Regarding issues of government reform, Mr. Cohen is supportive of the majority Citizens Union’s proposals, and also provided his own proposals.  He stated that he opposed the recent extension of term limits, and that he is ambivalent about the merits of term limits. On city council operations, Mr. Cohen would like to hire more analysts and researchers so that the councilmembers have a stronger role in the budget process and would be able to develop their own budget proposals.  He also believes that there should be Charter reform to change the balance of power between the mayor and council.  Mr. Cohen proposed his own idea for lobbying reform, recommending that former councilmemebers be prevented from lobbying for three years, which is an increase over the current one year.  While he disagreed with Citizens Union’s specific proposal for a new local structure of election administration, he acknowledges that current election administration system is flawed due to the constitutional requirements for bipartisan administration and supports a more centralized structure with standardization across localities.  His desire to provide constituent services and experience as a legislator in Albany would likely result in a well-run office, but it is unclear what his policy goals are for the district. 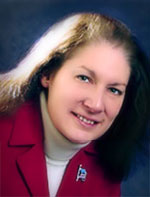 Heidi Chain, an attorney for the New York City Department of Finance who is clearly knowledgeable about finance and has worked with nearly every agency through the city, said she is running because she has a different kind of experience and can aide the district because she has lived there her entire life.

Ms. Chain focused on the lack of conversation that the council should be having about ways to cut costs.  She cited more use of the Internet and using city contractors instead of outside ones.

The top five issues she said she would work on if elected are finding money to save crucial government programs; increasing senior services and programs; continuing to work in high schools to create youth courts and teach tolerance issues to younger children; improving healthcare options in the district because hospitals in area are closing, which does not correlate with increase in population; and improving public safety using her relationships with the NYPD, Office of Emergency Management and FDNY.

On government reform issues, Ms. Chain called the recent term limits extension “dreadful” and that such action from elected officials makes people cynical.  She believes that term limits are a good thing and that no one person is so valuable that they cannot be replaced.  She thinks that the Charter needs to be revised and that referendum-decided issues (like term limits) should only be decided by referendums.  Concerning the discretionary funds, Ms. Chain spoke about her own experience as President of the Precinct Council where she regularly submits grant applications, which are open and are evaluated and checked.  Ms. Chain emphasized the need for evaluation of funds, whether the money was used effectively, whether cost estimates were exceeded and whether the recipients had any outstanding violations.  Regarding the CCRB, Ms. Chain did not give a firm answer on whether the CCRB should have independent prosecutorial powers, saying that she needs to know the results of the pilot project first.  She recognized that “some change” is required, but focused largely on her longtime association with the police department where she has taught police-community relations at the Police Academy and became an intermediary for these situations. Ms. Chain has the knowledge and ability to make a good councilmember, but in a strong field of candidates Citizens Union did not believe she was most aligned with the organization’s reform-focused agenda.

Melquiades Gagarin is running for office for the first time, and clearly has a bright future ahead.  He most recently worked as the Media Manager for the NAACP Legal Defense and Education Fund, and also worked as a Special Assistant for Congressmember Weiner handling constituent case work.  He sees his work in Congressmember Weiner’s office handling constituent issues as his spring board for running for office, and would like to continue in that vein to serve the district.

On issues of importance to the district, Mr. Gagarin sees a problem of overdevelopment, leading to his support for reforming development procedures.  He also supports streamlining 311, improving and expanding its online components, and posting more government information online.  He sees 311 as a helpful tool for tracking the complaints throughout the city.  Mr. Gagarin also supports progressive taxes to lift the burden from the middle class.  Regarding seniors, he will prevent program cuts by focusing on creating a good budget and cutting down on waste.  He also wants to focus on green technology as a means to create jobs for the district.

Mr. Gagarin is supportive of Citizens Union’s reform goals.  He believes that the term limits extension was disingenuous and unnecessary, and supports the formation of a Charter Revision Commission to ultimately bring the decision back to the voters.  Regarding the discretionary funds issue, Mr. Gagarin said that ideally, there should be no need for such a fund, but believes that realistically, funds will not be abolished and the process must be opened up instead.  He supports an application process which includes requests for funding, the purpose of the request, and disclosure of any relationships, with all applications available online.  Additionally, he proposed that there be follow-up reporting on the use of funds at the six month and one year benchmarks to ensure that the funds are used properly.  Mr. Gagarin supports mayoral control, and believes that more accountability is beneficial, but does not think that there is an effective avenue for parents to interact with the system.  Mr. Gagarin brings honesty to the race, and stated that he is not afraid of democracy.  He will be a candidate to watch in future races, and after gaining more experience, will become an even more effective advocate for his community.

Karen Koslowitz is running for election to her former post based on her past record.  For ten years, she was a councilmember beginning in1991 and worked on thousands of pieces of legislation, and was the prime sponsor for hundreds.  After being term limited in 2001, she then became the Deputy Borough President in Queens.  Most recently, she was the Director of Community Boards at the Office of the Queens Borough President.

Ms. Koslowitz’s top five priorities include education, housing, safety, seniors and public safety.  She has a clear grasp of the problems in her district with regard to housing, and supports increasing the amount of affordable housing required to be built in development projects. On issues of public safety, Ms. Koslowitz spoke of her accomplishment of adding gates to Queens Boulevard, which minimized deaths on the dangerous road.  She was unaware, however, of the number of recent deaths on the boulevard.

On Citizens Union’s reform goals, Ms. Koslowitz stated that she abided by term limits when she left office eight years ago and that she favors the will of the people.  She stated that she would also support the formation of a Charter Revision commission to review the issue of term limits.  On the issue of discretionary funding for council members, Ms. Koslowitz spoke to the knowledge of members of their respective communities, and that such funds can be used to greatly benefit the district. She supports disclosure of councilmembers’ relationships with funded nonprofits, and stated that she would be open to the creation of an application process for nonprofits seeking funding.  On city council reform, she supports reducing the number of committees. She is also a proponent of increasing parental input in education. Ms. Koslowitz was not specific about what proposals she would seek to implement, but her history proves that she is dedicated to the job and is receptive to reform measures.