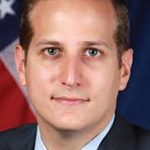 Micah Lasher is the former Chief of Staff to Attorney General Eric Schneiderman, and previously served as Director of Legislative Affairs under Mayor Michael Bloomberg. Lasher stated that he is running for office to address the corruption in New York State government, which he has observed throughout his career. His top priorities include reform of campaign finance rules, voting rights, promoting affordable housing and criminal justice reform. In line with Citizens Union’s positions, Lasher is especially passionate about limiting outside income, closing the LLC and “housekeeping” loopholes, and reforming campaign finances. He also spoke passionately about the need to reform the Joint Commission on Public Ethics so that the State Legislature does not control its own ethics laws. Lasher addressed concerns about his ability to represent a majority-minority district, arguing that the district is so diverse that any candidate would have to reach beyond their own demographic constituency. He stated that his goal is to work hard to represent all the people of this district who are most intimately impacted by government decisions. He expressed support for most of Citizens Union’s reform agenda, but does not support holding a Constitutional Convention because he believes that changes to the State Constitution can be best made through the legislative process but was open to a discussion of it. Citizens Union prefers Lasher because of his detailed and nuanced understanding of state and city issues, his experience in the State Legislature, and his strong commitment to democractic reform. 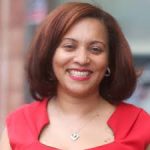 Marisol Alcantara is a political organizer for the New York State Nurses Association. She has served on Community Board 9 and was elected Democratic District Leader for Assembly District 70 in 2010. She stated that she is running for office in the State Senate because she believes that government should reflect the population that it serves and that as a Latina, a woman of color, a trade unionist, and an immigrant in a predominantly Hispanic district, she would bring a valuable perspective to Albany. Her top priorities include passing the DREAM act, strengthening rent regulations, and maintaining the public health system. Alcantara supports much of Citizens Union’s reform agenda, especially campaign finance reform and securing mayoral control of public schools. However, she opposes holding a Constitutional Convention because she worries that it would threaten workers’ rights. Citizens Union appreciates Alcantara’s support of key reform issues and values her commitment to serving her community. If elected, she would be a capable state legislator. 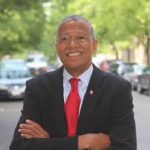 Robert Jackson previously served as the representative for New York City Council District 7 from 2002 to 2013, and was elected District Leader in 2015. He is running for office in the 31st Senate District because he feels that, as a legislator, he can provide much needed services in the district, and he expressed his desire to clean up corruption in Albany. He highlighted his commitment to education, having served as the New York City Council Education Committee chair and as lead plaintiff in the Campaign for Fiscal Equity lawsuit, which successfully sued New York State for failing to provide students with the quality education that is their right under the New York State Constitution. His other top goals include criminal justice reform and promoting affordable housing, starting with giving New York City home rule over rent regulations. Jackson has significant experience with the legislative process, having lobbied the State Senate to restore funding to New York City, and has established relationships with legislators through his work in the City Council and the Campaign for Fiscal Equity. He supports most of Citizens Union’s reform agenda, but does not support holding a Constitutional Convention because of his fears that special interests will dominate the process. He also opposes extending mayoral control of city schools – another Citizens Union platform – because he would prefer the school board system. Despite preferring his opponent, Citizens Union appreciates Jackson’s passionate support of reform issues, his commitment to his community, and his track record of advocacy and service, and believes that he would be an effective legislator if elected. 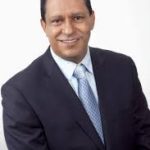 Candidate could not be scheduled for an interview