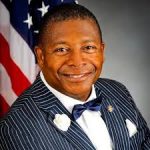 James Sanders, Jr. is the incumbent running for re-election in Senate District 10. Sanders has served in the State Senate for nearly four years, and previously served in the New York City Council for twelve years. Sanders legislative priorities for the coming session include increasing affordable housing; creating more jobs by supporting Minority and Women-owned Business Enterprises and establishing a WPA-styled work program; and promoting programs for future generations such as the DREAM Act, the NY Promise, and free community college. Sanders spoke of the need to stop corporate welfare and reallocating government funding in order to facilitate his priorities. He also expressed the need to rebuild the infrastructure in his district and throughout NYC. Sanders does not support a Constitutional Convention because of concerns that union pensions and other labor statutes could be endangered. Sanders believes that although it might be difficult, all changes that need to be done can be accomplished through legislation. Regarding corruption Sanders takes a clear stance that everyone who is involved, including those who give money, should be punished. He views donors as the common factor in most corruption cases and thinks if donors can be limited it will be possible to decrease and prevent corruption in Albany. In the vein of ending corruption, Sanders supports a 25% cap on outside income and making state legislative positions full-time. Though Citizens Union has concerns over an investigation involving a nonprofit’s use of discretionary funds provided by Sanders, there has not been significant proof of his involvement . Despite these allegations, Sanders has proven himself to be a person of his word, taking positions even when they go against the party establishment. Citizens Union prefers Sanders because of his ability to stick to his principles regardless of outside pressure, which makes him a reliable and strong voice in Albany. 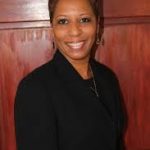 Adrienne Adams has served as Chair of Queens Community Board 12 since 2009 and is running to bring integrity to Queens politics. Adams’s top priorities include improving schools, Minority and Women-owned Business Enterprises, and passing legislation for more affordable housing and economic development. Adams strongly believes that each school deserves its own building and would put an end to co-locating schools. Adams believes that it is only through cooperation among the various branches that any real legislation can be passed, and she believes that the skills she gained working as a corporate trainer will allow her to work efficiently despite potential obstacles as a first-time legislator. On reform issues, Adams said that her main priorities would be voter suppression, campaign finance reform, and limiting or eliminating outside income. Adams does not support the Constitutional Convention, her primary concerns being that there would not be fair representation between upstate and downstate, which could lead to losing workers’ rights. Although preferring her opponent, Citizens Union believes that Adams would be a passionate, well informed, and driven legislator given her community involvement and knowledge.