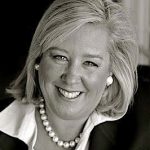 Rebecca Seawright is an attorney with political experience, working as a fundraiser for Texas’ former Governor Ann Richards. Seawright is running for to bring female representation to the district, and to bring her perspective as a PTA mom to reforming education. Seawright is a dedicated feminist, who touted endorsements from many local elected officials, advocacy groups and unions, as well as prominent female leaders.  Her top priorities include passage of the Women’s Equality Act, education reform, and school construction to address overcrowding. Seawright stated that if elected, she would seek appointment to the education committee. On reform issues, she supported all of Citizens Union’s reform agenda, and spoke to the need for increased disclosure of outside income and passage of campaign finance reform as priorities.  Citizens Union was impressed with Seawright’s political support but wanted to hear greater detail regarding how she would work to accomplish her priorities. 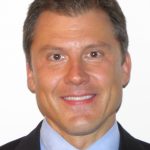 David Garland is a CEO with decades of experience in the private sector, who is running for office because he wants to use his background in economics to induce change to the financial infrastructure of the city. His top priority issues include lowering taxes and eliminating obsolete and redundant regulations that he believes are plaguing the economy, boosting charter schools, attaining smaller classroom sizes, and defeating the marine waste transfer station on 91st Street. Garland is running on the “Dump the Dump” ballot line, which he created last year when he was running for city council.  It should be noted that the marine waste transfer station is currently being constructed, and Citizens Union felt that this use of fusion voting in 2014 could be misleading to voters. Garland supports much of Citizen’s Union reform agenda, and believes that legislators should serve full time. Garland does not support the lowering of campaign contribution limits, or banning or limiting them from corporations, LLCs and LLPs, citing his unique position as a Republican running in a largely Democratic district.  He states that these limitations would ensure that he could not get larger donations, and he would be otherwise handicapped by his party alignment. Garland supports term limits for state offices, believing that the accumulation of power is a detriment to the system, particularly in the Assembly’s leadership. Overall, while Garland understands the problems of his district well, his views did not closely align with those of Citizens Union.