Mr. Kim a member of community board 1 and founder member of Single Stop USA, a nonprofit coalition to identify and provide benefits for low-income citizens.  He said he is running because he believes that government growth has not matched the needs of the council district which has substantially changed demographically, including over 13,000 newly registered party members.

Mr. Kim named improving schools and open space as two very important issues to him. He wants to work with private donors, similar to his experience in the nonprofit sector, to attract outside money to increase the services in his district. City council reform is also extremely important to Mr. Kim because there is a lack of public confidence, little credibility in the body, and many constituents see it connected with the recent mess in Albany. He said the most important way to reform the body is the resolve the discretionary funding scandal. He wants nonprofits pre-qualified for money.  He believes nonprofits that employ a relative of a council member should be disqualified from receiving money, and the council should be specifically publish online where all the money is going for non profit use. Second, he would to see the Council’s role in budgeting improved to make it a more forceful body. One way to accomplish this is to empower committee chairs to have a larger role in the budget negotiating process. Third, he thinks there needs to be more transparency in the way contracts are given out.

He thinks through hard work he can benefit the district. He is running a very simple grassroots campaign and is amazed at the interest in his campaign. Mr. Kim is not backed by the traditional Democratic establishment and has a diverse and strong coalition of supporters. He sees all the diverse communities within the district and believes he can unite the communities behind common causes and to include all voices in his district.   Citizens Union thought Mr. Kim presented himself well and preferred him because of his energy, fresh ideas, knowledge of the evolving needs of the district and his broad base of support.

Please note that CU’s Primary Election Voters Directory mislabeled Ms. Chin’s response to question 14, her response should be reflected as an *(nuanced response) instead of S(support).

Margaret Chin is the former deputy director at Asian Americans for Equality and a former teacher.  Her main priority is bringing “real” affordable housing to her district for people who make less than $60,000 yearly because city workers, among others, are being priced-out of living in the district. She has focused on this at both a grassroots level by encouraging tenants to protest and attend meetings and hearings, as well as with community organizations and leaders to unify behind housing proposals.  In particular, she believes that someone needs to organize all the local organizations to get behind one proposal for the Seward Park Urban Renewal Site before anything can be accomplished.

Ms. Chin also prioritized improving education in the district.   In particular, she said the physical condition of schools in the district is adequate, but there has not been any new school construction and school overcrowding is a major problem with kindergarten and pre-kindergarten classes. She also focused on the lack of green space in the district which she sees as requiring her organizing skills to unify community groups. She said she would organize town halls within the district and bring in like-minded groups from all over the district to discuss common problems. Finally, Ms. Chin said that improving transportation issues in the district is a major issue because she believes these issues have remained unaddressed by the city.

When talking about reform and why Citizens Union should support her, Ms. Chin discussed city council reform as a priority, including greater autonomy for committee chairs, eliminating some of the committees, making the job full-time because it is next to impossible to do a good job part time, and encouraging the city council to be more proactive rather than reactive. Ms. Chin stated she is the best candidate for the job because she has the longest and most diverse experience of any of the candidates – with over 35 years of diverse experience in the district. While Citizens Union believes that Ms. Chin is a very impressive candidate with a substantial amount of experience who would make an effective councilmember if elected, we were concerned that her experience and organizing efforts did not extend to the entire district, but were instead concentrated in the Chinatown portion of the district.

Alan Gerson
Occupation: Member, New York City Council
[Candidate did not return questionnaire and did not appear for scheduled interview.]

Peter Gleason has a very impressive resume serving as a Police Officer for 3 years, a firefighter for a number of years, a Coast Guard reserve officer, and a lawyer in private practice.

Mr. Gleason promised to sign a notarized document that he will serve only two terms and only draw a salary of $69,000 and not take a committee chair stipend because he wants to send a signal to the people that government works for them.  He said that Councilmembers make too much money when compared to city workers such as firefighters and police officers who are in the line of duty everyday. He believes that money has corrupted the council. He believes raises need to be proposed through a separate independent board (as they are currently). In addition, Mr. Gleason believes that council is a full time job and Councilmembers should be precluded from most, if not all, outside employment.  Mr. Gleason feels like candor and honesty have left the system and he is the candidate to bring it back.

He takes real issue with the discretionary funding process and believes the money should be equally distributed. He suggested a reform to clean up this system by empowering insiders to become whistleblowers when they see waste.  The most important issue for Mr. Gleason is affordable housing. He believes the Seward Park Urban Renewal site needs to be redeveloped, in addition to a project on Delancey Street. He does not understand how lower Manhattan has not been redeveloped and that it is a disgrace that there is no memorial at Ground Zero. He said if he were in office he would have used the power of the council office to encourage development at Ground Zero.  He sees the internet as a way to bring people into local politics such as posting public minutes, issue alerts and post meeting schedules. He sees the council as being apathetic towards the concerns of citizens, and it is designed to dissuade people to participate.

Overall, Citizens Union felt that while Mr. Gleason identified key issues, he lacked sufficient experience and was too cursory when discussing the issues. 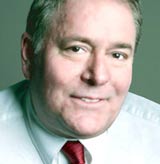 Arthur Gregory, a bar owner in Council District 1 who has worked in various roles in government, believes that most political positions need a pay raise in order to attract the best and the brightest. In addition, he supports allowing independent voters to vote in party primaries. He also thinks it should be taken a step further to allow for same day registration as well as eliminating the primary election and allowing anyone on the ballot for one election He does not believe signatures are a good measure to get on the ballot.

He understands that the district is split into 5 distinct areas, and would favor splitting the district in to two after the next census. He does not agree with term limits in general, and does not think that the council’s reversal was truly a reversal of the people. He said he has been active on many different committees and has seen that many business owners need help navigating city government. He formed an organization called Ground Up that focused on receiving money from the federal government for organizations around Ground Zero.

He sees schools as a major issue as there are no schools near his home. He sees a major need for middle schools in the southern portion of the district. He also sees a lack of supermarkets and an increase in Duane Reades which have replaced supermarkets. Lastly, he believes that many politicians or business developers have not kept up with the population relocation to downtown Manhattan.

Mr. Gregory believes he is different because he is a small business owner with government experience in New Jersey and New York. He also noted his decision not to take campaign money until he was sure he was on the ballot and did not see a need to raise more than $10,000 in campaign money.  While Citizens Union believes that he was an interesting and engaging candidate who claimed to have a lot of government-related experience, he did not make a compelling enough case for his candidacy during his interview.